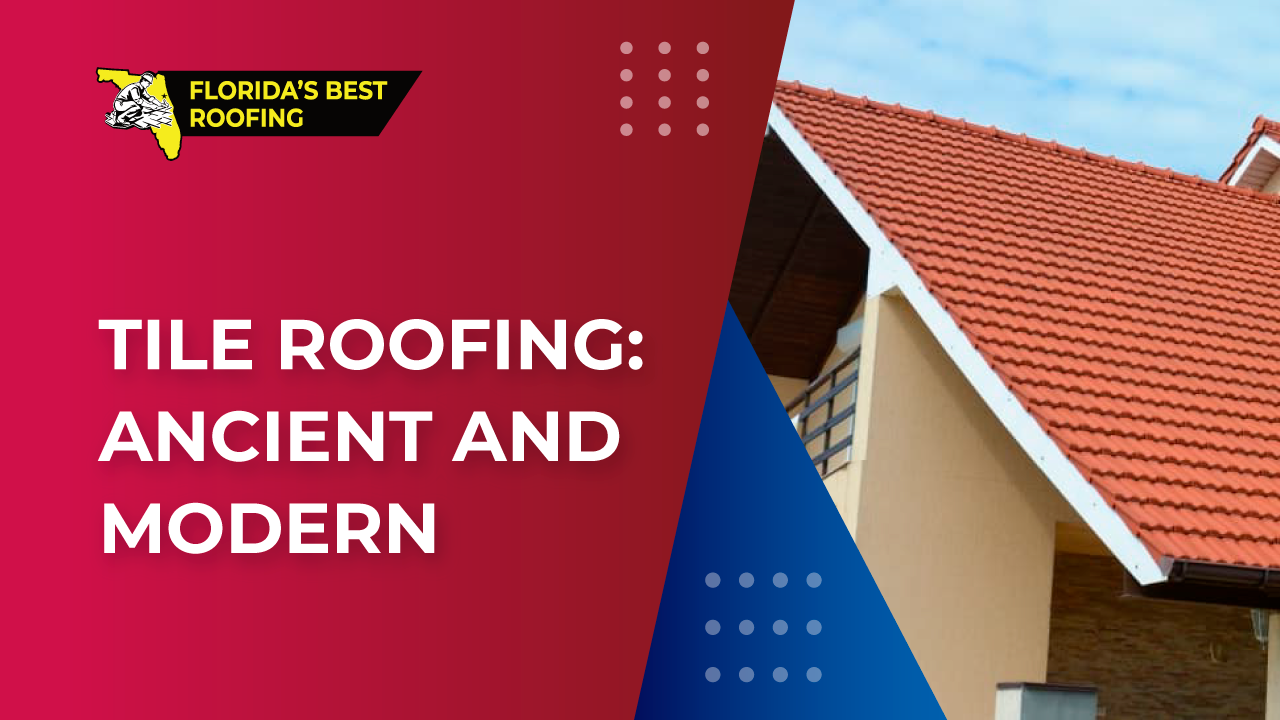 Tile roofs are commonplace in Florida; they are aesthetically pleasing, durable, and an excellent choice for our hot and humid climate. But, did you know that tile roofs have been around for thousands of years? While roofing technologies are always improving and there are a few differences between ancient roofs and modern ones, the basic concept and the end result still remains the same. In this post we will be looking at the differences and similarities between modern and ancient tile roofs.

Tile roofs are particularly evocative of Mediterranean climates, calling up images of Spain and Italy. In fact, most roofs in these countries, unlike in the US (where asphalt shingles are more popular), are still done in tile. But, just like in the US, modern tile in the Mediterranean has gone through some upgrades.

Modern tile is most commonly made out of one of two materials: either ceramic or concrete. Ceramic tile is shaped out of clay and then fired to harden it and give it durability. Concrete tile is poured into molds and then allowed to harden, achieving much the same effect. While both concrete and ceramic tile serve much the same functions and have the same longevity on a roof, concrete tile is significantly less costly because the process of making it is easier and the base materials required are much cheaper. Concrete can also be colored very easily by slipping a powdered coloring mixture into the concrete mix. Ceramic is much more difficult to alter in color and takes on the color of the clay that is used. In the US especially, modern tile roofs are mainly concrete tile.

Modern tile generally comes in a couple of different shapes from which the homeowner can choose. Flat profiles are created from flat rectangular tiles which join together in specially crafted joints and overlap vertically. Another popular profile is the “S” shape, in which case the “S” tiles overlap when the convex part of another joins with the concave half of the tile next to it. Similar to the “S” profile, some tiles have a “W” profile which overlaps in the same way and results in a roof with softer curves. The most expensive type of tile roof is a barrel tile roof. For this type of roof semicircular tiles are laid out underside up and another course of semicircular tile is laid over the top where the first course’s tiles rest next to each other. This creates a waterproof layer. In any style of tile roof, semicircular tiles are used on the hips and ridges of the roofs as cover tiles.

Our example of tile roofing in antiquity comes from the ancient Romans, who perfected the tile roofing process, industrialized it, and made tile roofs ubiquitous across the Mediterranean territories that they conquered. The tile roofs of the Romans differed from modern tile slightly in both shape and composition, but overall were much like the tile roofs we see today in Florida.

Ancient Roman building materials were generally made of stone or ceramic. Roof tiles were made of ceramic building material (CBM). Although the Romans did know how to make concrete, they generally used it in the form of hydraulic cement to line and waterproof floors, cisterns, and other such surfaces. Concrete was also used by the Romans in vaulted roofing, like barrel vaults and rotundas, as can be seen in the Pantheon in Rome. More frequently roofs were made out of ceramic tile.

Ancient Roman ceramic tile came in two shapes which were combined in an interlocking manner and joined with mortar to create a waterproof and weatherproof roof. These two shapes were pan tiles (tegula) and cover tiles (imbrex). Pan tiles were large, flat rectangles with a vertical strip (flange) along both of the longer sides of the rectangle. The tiles were placed next to each other in such a way that two flanges lay next to each other on each side. The cover tiles, shaped exactly like modern barrel (cover) tile, were then placed over the flanges in such a way that they covered both and prevented water from seeping between the two pan tiles. The tiles were also arranged in such a way that vertically the higher tile always overlapped the lower, just as they are today.

If you have any questions about tile roofs, we would be happy to help you out. Florida’s Best Roofing, Inc. is a fully licensed (CCC 1325974) and insured, local roofing contractor with decades of experience. If you are interested in roof replacement or repair and you are in the Palm Coast, Flagler, or Volusia area, please give us a call at 386-263-7906 for a free estimate! 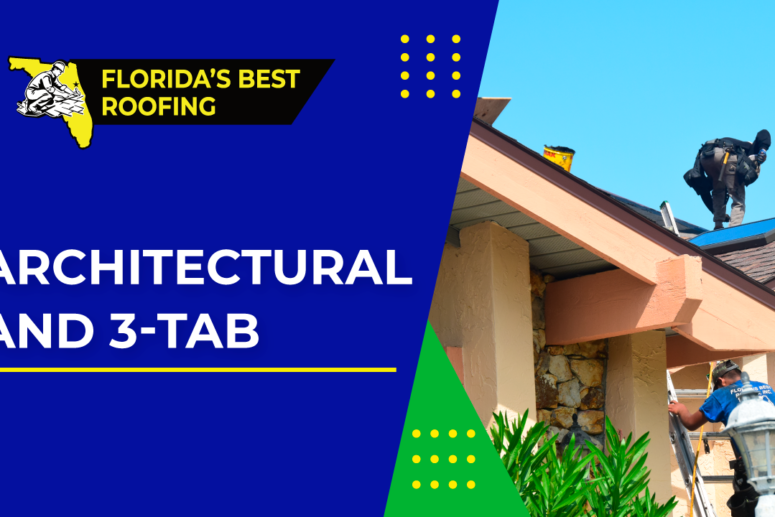 Summer Fun: Tales of Roofing Across Time Part I