Nowadays roofing construction and the roofing business can seem mundane and often quite a hassle for those who have to deal with roof repairs or roof replacement. While that, in fact, may have always been the case throughout history, roofing does play a key role in a few tales across time, from mythological, to historical, to mundane. This is the third post in a series where we will look at interesting ways that roofing has come up in ancient mythology and history while contextualizing these snapshots for those who may not be quite so familiar with tales from antiquity.

You may have come across the phrase “bread and circuses” in the past but do you know where it originates? The phrase comes from an ancient Roman author called Juvenal who wrote satire in the form of poetry. Juvenal lived in Rome at the heyday of the Roman Empire at the end of the first century of the current era. He quite often, as much as he could with the government of the time, wrote political satire, criticizing the grandiose lifestyle and expenditures of the Emperor or the declining social and political freedoms in Rome as the Empire grew into itself. “Bread and circuses” refers to the grain dole (bread), which was the free distribution of grain by the emperor to those who qualified (kind of like food stamps). It also refers to entertainment “publically” funded by the emperor (circuses). The reason these are called circuses is that most of them took place at the race track, which the Romans called a circle, or circus in Latin. As part of his societal criticism Juvenal claimed that the Emperor (particularly Domitian) could get away with anything he wanted and retain the support of the people provided that he gave them “bread and circuses.”

The city at that time was a bustling metropolis with about a million inhabitants and one of, if not the largest, cities in the entire world. With the technological and engineering capabilities of that time putting some limits on infrastructure, Rome was a city of grand houses and villas for the wealthy and at the same time a city of small hovel-like crowded and not always safe apartments for the rest of society, which included the overwhelming majority of Romans. In addition to satirizing Rome’s political climate, Juvenal also commented on everyday life for the average individual in Rome, which gives us a window into what the city looked like, smelt like, and felt like.

As told by Juvenal, Rome was uncomfortable to live in, to say the least. The majority of Romans lived in apartment blocks made up of buildings several stories tall with multiple apartments on each floor and shared plumbing and kitchen facilities, kind of like a college dormitory. They were also built mainly of wood and fairly close together. This led to hazards such as frequent fire outbreaks, occasional collapse, and very narrow thoroughfares. The living facilities would likely have been cramped, dark, and fairly uncomfortable. Juvenal in describing these sort of accomodations refers to roofs explicitly twice, both in dangerous contexts. First, he says that those with apartments immediately below the roof–on more or less the attic floor–are the safest from fires as those tend to start on the bottom floor where the cooking facilities are. However, this also means they are the last to find out about fire, which poses a danger of its own. Elsewhere, Juvenal says that one of the dangers of walking about the city–in its narrow thoroughfares–is the stuff people dump out of their windows onto the street and, more importantly, the dangers of roofing tiles falling off of the roofs of these multi-story apartment buildings and straight onto the head!

Thankfully, outside of extreme weather circumstances, we are pretty safe in our modern homes both from flying roofing tiles (unlike Pyrrhus from the last post) and from window debris. Reading a text as old as Juvenal’s is fascinating both for the window it gives us into the past and for a renewed appreciation of the present, where tile stays put on roofs.

If you have any questions about roofs, we would be happy to help you out. Florida’s Best Roofing, Inc. is a fully licensed (CCC 1325974) and insured, local roofing contractor with decades of experience. If you are interested in roof replacement or repair and you are in the Palm Coast, Flagler, or Volusia area, please give us a call at 386-263-7906 for a free estimate! 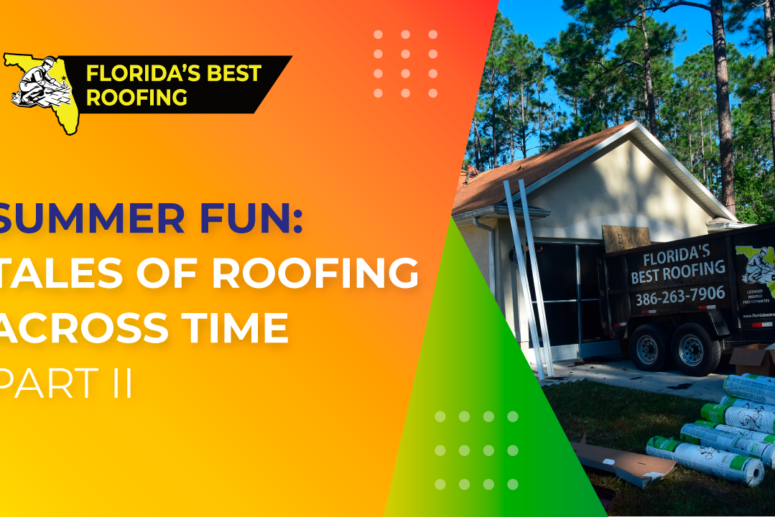 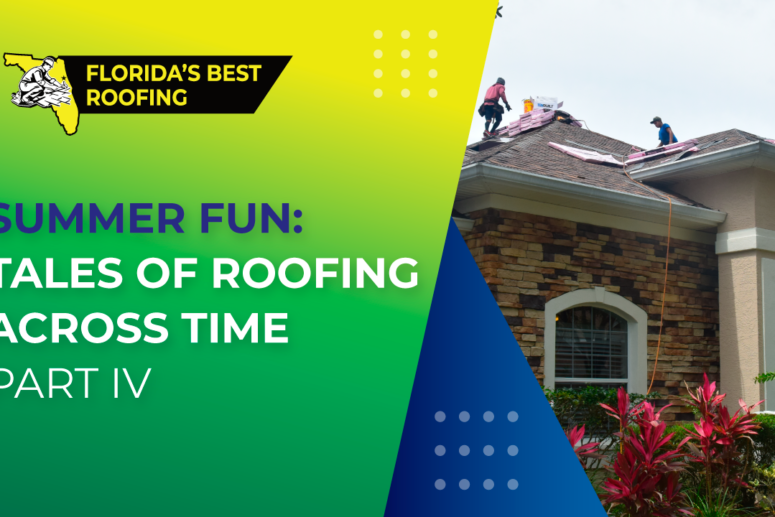